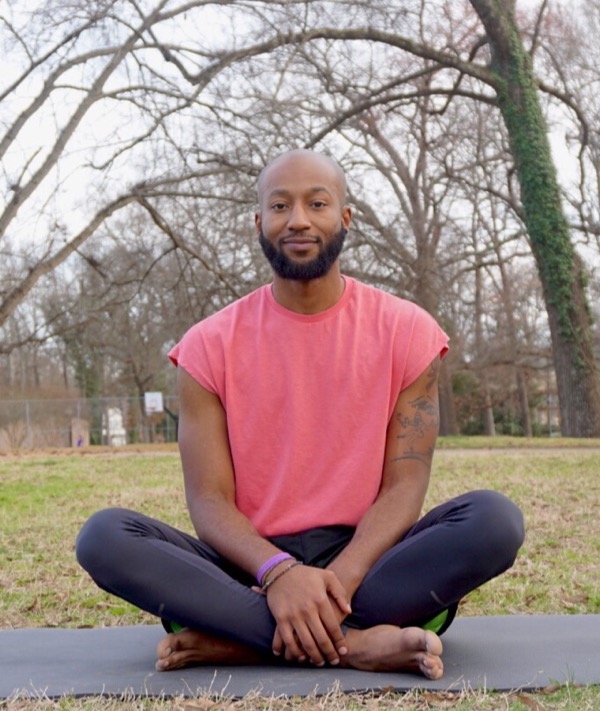 After learning that his mother was diagnosed with stage 4 pancreatic cancer, Micheal Sinclair found himself in a really low place. Pancreatic cancer is one of the most deadly forms of the disease with 95% of those diagnosed dying within 5 years of diagnosis. Faced with such grim odds, constant depression and anxiety about his mother’s uncertain future became the everyday norm. Several months after learning this news, “Be Here Now” by Ram Dass found Micheal and taught him that the only place worth living is the present, not the future or the past, and that it would make a lot more sense to spend his time appreciating his mother while she was still among the living instead of worrying about not having her in a future that had not yet come to pass.

In “Be Here Now”, Ram Dass spoke about Yoga and meditation as a means to relieve one from suffering and this is what inspired Micheal to begin his Yoga practice. Through Yoga and meditation, Micheal discovered a sense of peace that he didn’t know possible. The combination of his grief and the new found wisdom that meditation allowed him catapulted him onto a spiritual path where he reconnected with his Self and felt the healing power of unconditional love for the first time. Meditation allowed Micheal a brand new perspective on life and ever since, he’s been a student of Yogic philosophy and of life in general.

A Laurens, SC native, Micheal now lives in Charlotte, NC where he is a certified Yoga Teacher and a meditation coach after studying under Master Yogi, Elizabeth Hoffman of the Urban Bliss Yoga School. Micheal holds a B.S. in Sport and Entertainment Management from the University of South Carolina but there’s nothing that he wants more than to share the gifts of Yoga and meditation with world and contribute to the relief of suffering for all beings. He is also the creator of “As You Are”, a spiritually conscious accessories brand based around unconditional self-love. His goal is to spread love by being love and hopes to remind everyone else that they are love too!