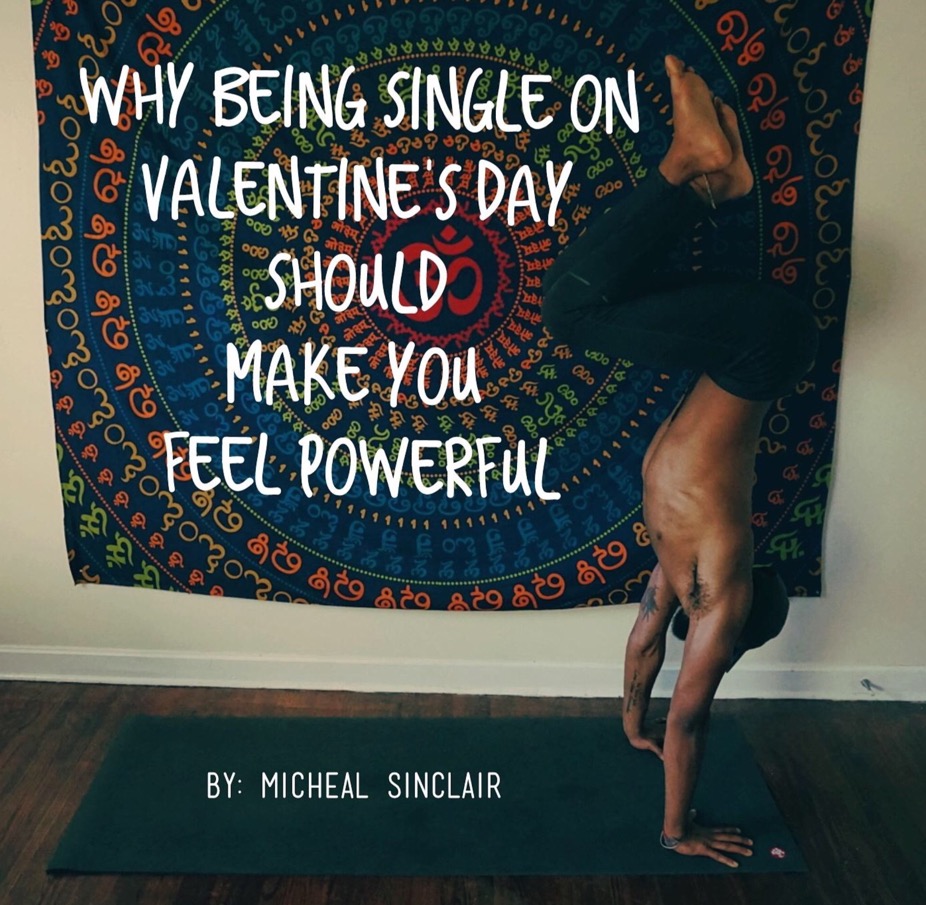 Kairos (n): a time when conditions are right for the accomplishment of a crucial action. Kairos is obviously the reason I decided to write about romantic relationships this week and it’s also the reason why I’ll be single again on Valentine’s for the 4th year in a row. Not because there aren’t any beautiful young ladies that I’d enjoy getting to know but because I still don’t think the time is right for me to get romantically involved. Why? Because I’ve learned that I’m very selfish and while I don’t think it’s possible to become completely selfless, I do think I need to get over myself a bit more before I’ll be able to maintain something real with someone else. Have you ever sat and thought about why you want to be in relationship? Is it because you’re lonely? Because you’re horny? Because you’re bored? Because you crave attention and affection? Because memories have the most meaning when they are shared with others? Because you want to have babies before it’s too late? These are all valid reasons to want to be in a relationship, by the way. But they are all also desires and the funny thing about desire is that it often blinds us from seeing things as they really are and instead causes us to see things the way we want them to be.

In fact, our desires are what create our reality everyday. Ram Dass says “If a pickpocket sees a saint, he’ll only see his pockets” meaning that because a pickpocket’s primary desire is picking pockets, he can’t even see, let alone care about, whose pockets he’s picking. Another quote that I think illustrates this idea is when Abraham Kaplan said “Give a small boy a hammer, and he will find that everything he encounters needs pounding”, speaking to how what we currently have (or don’t have) shapes our desires and our interactions with everything we come into contact with. Fun fact: In college I worked for the university union and my co-workers gave me the nickname “Mike, The Hammer” because I was a hard worker but I really only embraced it because I loved to nail things too! Back then I would meet a girl and only see a body because even though there was an entire person in front of me, all I desired from that person was her body. And that caused me not to be able to see everything else that the person really was. I would often suffer after I got their body because afterwards I would also have to deal with their personality and their drama. To be fair, it’s not even that they had personalities that I didn’t like, it’s just that the personality is not what I desired. The same thing would happen if I went to a sushi joint & ordered a shrimp tempura roll & the waiter instead brought me a California roll. I would want him to take it back and bring me what I ordered! Not because the California roll wouldn’t be good or that I wouldn’t enjoy it but because it’s not what I desired. At any point in time, what I perceive about reality is totally dependent on what I’m desiring & that’s why I’ve avoided romance for a while now. Not because I think that all desires are bad but because a lot of my most prominent desires are shallow and selfish and by giving into them, I end up hurting others and myself. By giving into shallow desires, a lot of us get in to relationships that we have absolutely no business in. Understanding this about myself has made me more than just okay with being single, it’s made me feel empowered because I no longer feel compelled to hop into situations just to fulfill an immediate but ultimately empty desire.

Stranger -> Lover -> Stranger is a cycle I’ve found myself in too many times. Isn’t it bizarre that a person who meant everything to you one day could mean nothing to you on another? Have you ever wondered about why that is? I have and I can’t speak for everybody but for me, it was because I was looking for the love I didn’t have for myself in someone else. At my worst, I need love & when I need love, I will overlook things in people that I know deep down I don’t like but won’t care because I need to have the desire to feel loved fulfilled. When I need love, I’ll pretend that I don’t know when I’m being lied to or misled. I’d guess that in 90% of the relationships I’ve observed, either one person or both have settled. Their partner maybe scratches the biggest itches (desires) that they have but you can tell that they are lacking in other areas and that both parties suffer because of it. Have you ever done the same? Maybe your partner wasn’t as artistic as you would have preferred but they have access and status that you find attractive. Maybe you settled with someone lacking in other departments because they fulfill your desire of being financially comfortable. Maybe it’s all in my head but I feel like my dating stock decreased dramatically when I quit my job and no longer had a reliable, consistent source of income. It definitely feels like most of the women in my age group want someone who has an established career and some sort of financial stability. Some people say that physical attractiveness doesn’t matter to them at all. I can’t relate nor can I discredit their claim because I’m not them. But I do wonder if they secretly have crushes on other people that they do find physically attractive while being with someone they don’t see that way. And I wonder if maybe it slowly causes resentment to be built about their partner because they’re not scratching an itch that you’ve lied to yourself about not having. Of course, you’ll likely never meet anyone who will check all of your boxes but by loving and getting to know yourself first, you’ll learn what boxes are really important to you and shouldn’t be compromised out of fear of being lonely. Emphasis on the word “fear” because fear is usually the biggest driver behind us rushing into relationships. Fear that we’re not good enough. Fear that people won’t think of us as valuable if no one wants to be in a relationship with us. Fear that we’re getting left behind because our friends are getting married and having kids. Fear that we won’t be able to give our parents the grandchildren they’ve been asking for. For a long time I thought that hate was the opposite of love. My life changed forever when I learned that fear is actually the opposite of love and if fear is any part of the reason why you get in a relationship, it would be foolish to expect love to be there too.

Instead of beating yourself up this Valentine’s day about what you don’t have, why don’t you celebrate yourself for what you DO have! What do you have? Space and time — the two most valuable things known to man. Space and time to learn about who you really are and what you really need. Space and time to defeat the fear of inadequacy. Space and time to explore and see what all is out there before committing to one thing. Space and time to work on making yourself the best you that you can be. I’ve learned that we don’t attract what we want, we attract what we are. The truth is, if you attract trash relationships it’s because you’re trash. I don’t say that to be hurtful but it’s the truth! It was certainly the truth for me. I always led every interaction with women with my sexuality and what I got was relationships that were based in sex and lacked in pretty much every other department. My sacral chakra was on some other shit for a long time but by addressing why it was overactive and by denying myself the empty desires it led me to, I’ve been able to see things a lot more clearly. I could see this time alone as some sort of punishment but being alone has become sacred to me. I used to love being “all up under” whoever I was with as much as I could and in hindsight it was because I was uncomfortable with being by myself. It’s been such a spiritually enriching experience to be able to spend time with myself and learn about what I want without the influence of someone else’s desires for me being projected onto me. I know that you’re going to have to scroll through legions of pictures of happy couples on Instagram and that could send you down a toxic mental trip of what you don’t have and what you wish you had but you don’t have to give in to that. You have the power to be happy for all of those couples without envy and to also be happy for yourself that you still have time to fall in love with yourself. You still have time to work on becoming the person that you want to be with and I promise that if you do that, that person is going to land in your lap sooner than later.